The Myth of Catharsis: Why Ranting and Venting are Terrible Ways to Handle Anger

The belief that “venting” anger has a beneficial cathartic effect has become widely accepted in the modern world. Belief in the value of venting has manifested in the online world in the form of “rant” sites (e.g. Rant Rampage) where people not only get to freely express their vitriol, they can also read and comment on rants left by other venters. However, decades of research have shown that venting, far from releasing anger, actually makes it worse. Not surprisingly, a recent study has shown that online ranting seems to increase anger and is associated with anger-related problems. Ranting may be problematic because it strengthens the belief that anger needs to be expressed aggressively. On the other hand, expressing anger in a constructive and non-aggressive way can actually be beneficial. 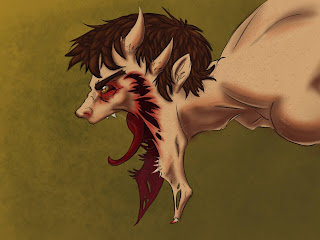 Who uses rant sites and how they handle anger
A recent paper (Martin, Coyier, VanSistine, & Schroeder, 2013) sheds some light on the people who use rant sites and the effects of ranting and writing rants. A survey of users of a number of popular rant sites found that users scored unusually high on trait anger (how anger-prone one is in general) and experienced many negative consequences related to anger, such as verbal and physical fights, damaged relationships, property damage, and dangerous driving. Nearly half reported that someone had told them they had an anger problem, and over a third admitted that this was true.

It may well be that people who are predisposed to be very angry are attracted to these kinds of sites. Martin et al. performed an experiment to test the emotional impact of using rant sites. They found that reading another person’s rants online for five minutes had a negative effect on mood. Additionally, they asked participants to spend five minutes writing a rant of their own. As expected, after ranting, participants felt decreased happiness and increased anger. 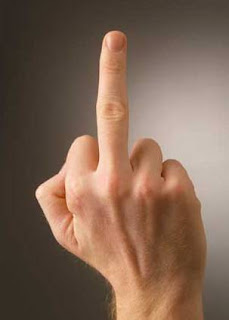 People who like to rant get into more fights than most people. Image credit: SEMC courtesy of DeviantArt

The ineffectiveness of catharsis
These findings about ranting accord with previous research showing that supposedly “venting” anger through such actions as hitting pillows or whatever actually increase anger levels, and, more troubling, increase subsequent aggressive behavior as well (Bushman, 2002). For example, one study (Bushman, 2002) found that doing nothing at all for two minutes was actually effective in reducing anger, whereas punching a sand bag for as long as one wanted while thinking of an offending person increased anger towards that person. Furthermore, when given an opportunity to punish another person in a game by blasting them with noise[1], people who had previously “vented” their fury on a punching bag were more aggressive (gave louder and longer blasts) than those who had done nothing to vent their anger. (A more detailed description of this study can be found here.) What this shows is that venting is actually a terrible anger management strategy.

In spite of the fact that venting is likely to backfire in the long run, belief in its value is widespread and even encouraged. Popular self-help books promote venting, and there was even once a billboard in Missouri that said: “Hit a Pillow, Hit a Wall, But Don’t Hit Your Kids!” Hitting a pillow is obviously preferable to hitting one’s kids, but ironically such advice may actually increase the likelihood of real violence rather than preventing it.

So why do people believe in it and why does it not work? Venting reflects a “pressure cooker” model of anger. That is, people think of anger as something that builds up in side of one until one is ready to explode. Venting is supposed to be like blowing off steam to reduce the pressure inside until it is more manageable. This metaphor seems intuitively appealing to many people and even was endorsed by Sigmund Freud who promoted the idea that cathartic expressions of emotion were beneficial to mental health because they released pent up “psychic energy” that if not discharged would manifest in neurotic symptoms.
However, the fact that venting actually increases rather than reduces anger indicates that Freud’s cathartic model is misguided. A more modern theory of anger, the cognitive neoassociation model, proposes that people associate violent, aggressive actions with angry thoughts (Bushman, 2002). Thus, aggressively styled behaviour, such as hitting things, or ranting (basically saying nasty things about someone and wishing them ill) maintain a person’s attention on angry thoughts, rather than dissipating the anger. Venting and ranting effectively keep angry feelings in memory and increase rumination about the offending event. 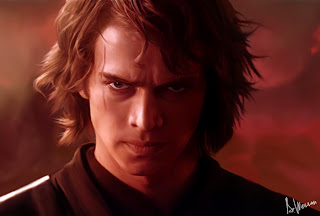 Anger need not be destructive
Venting may increase the likelihood of subsequent aggressive behaviour perhaps because the idea of venting is based on the idea that anger is essentially destructive. That is, people link anger with wanting to hurt others, and therefore think that these hurtful impulses can best be dissipated through symbolic acts of aggression. Venting and ranting may therefore strengthen the association between anger and aggression. However, although it is true that when people are angry they may want to hurt others, anger does not have to be expressed through aggression. (Indeed, aggression can occur in the absence of any anger.) Many people learn how to express their anger in constructive ways. Doing so can sometimes help resolve the problem that provoked the anger in the first place (which is unlikely to occur through venting). Additionally, expressing anger constructively has been found to have a number of benefits for mental and physical health, such as reduced blood pressure (Graham, Lobel, Glass, & Lokshina, 2008).

Beneficial effects of expressive writing about anger
A constructive alternative to ranting may be focused expressive writing, which involves exploring one’s deepest thoughts and feelings about an issue in writing (Graham, et al., 2008). Superficially, writing a rant might seem similar to expressive writing but there are subtle and important differences. Ranting seems to mainly involve describing all the things you don’t like about someone, e.g. how they are a worthless, good-for-nothing who has done you wrong, and generally trying to compress as much malevolence as possible into one’s words. Ranting as such seems like an unreflective process without a clear goal. Expressive writing tasks on the other hand, encourage a person to try to understand the causes of their feelings and thereby gain some insight that may lead to a resolution of the problem.

One study found that expressing anger constructively through writing had a beneficial effect on mental health (Graham, et al., 2008). Participants in this study all suffered from chronic pain and were asked to write a letter on two occasions expressing their anger about their situation.[2] To ensure that participants did not simply write pointless rants, they were given clear instructions that directed them to describe their anger feelings clearly, specifying what they were angry about; explain their angry reaction instead of just venting; and to state what they wished to be done to help them feel less angry. These instructions were intended to help the writers get a clearer understanding of their feelings about their situation and what they wanted to do about it. Examination of the contents of the letters showed that most participants were able to express their anger without nastiness or bitterness. Compared to a control group, participants who had written these letters reported less depression and greater feelings of control over their pain at subsequent follow up assessments (four weeks and then nine weeks after writing).

What this study suggests to me is that expressing anger in a thoughtful constructive way without aggressive intentions can be helpful in creating a sense of greater control over one’s emotional life. I suspect that ranting on the other hand creates a sense of permission for one to lose control of one’s emotions that may leak over into other aspects of one’s life potentially causing all sorts of problems. That is, ranting may be an indulgence that weakens one’s ability to cope effectively with one’s emotions. In summary, doing nothing at all is a more effective way of dealing with anger, rather than hitting a pillow, or posting rants on the internet. Perhaps better yet though would be to learn to use one’s anger constructively rather than mindlessly trying to blow it off as if one was a human pressure cooker.

Notes
[1] Participants in this study were actually playing against a computer, so their blasts were not heard by a real person, but they did not know this at the time.
[2] They were not expected to actually post these letters to anyone.

This article also appears on Psychology Today on my blog Unique - Like Everybody Else.

Another blog post about anger and how NOT to deal with it
Is Insulting Religion extremism?

Posted by Scott McGreal at 9:34 PM