In 2011, Daryl Bem, who has the distinction of being both a respected social psychologist and an investigator into the paranormal, published a remarkable paper describing a series of experiments which he claimed provided evidence that people can be influenced by events before they have happened. In other words, precognition really exists and people have the ability to “feel the future.” This paper, which was published in the top tier publication Journal of Personality and Social Psychology, naturally provoked an enormous amount of controversy because it violates the common-sense view of causality that a cause always precedes its effect and never the other way around. Multiple attempts to replicate Bem’s findings have failed, suggesting that his results were due to methodological shortcomings rather than a breakthrough discovery about the nature of reality. Individual differences in personality traits associated with magical thinking may help explain why interest in parapsychology persists in spite of repeated failures to establish any credible evidence of the existence of psi. 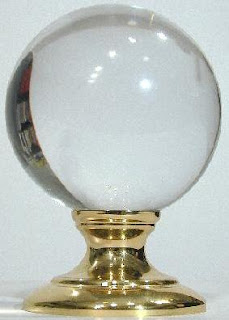 Bem’s (2011) experiments involved taking a number of classic psychological procedures, such as priming, and ‘time-reversing’ them, so that the effects preceded the cause. For example, in two studies of retroactive facilitation of recall, participants were presented with a list of words and then asked to recall as many of the words as possible. Afterwards, they were asked to study a selected subgroup of these words. Bem found that participants were more likely to recall words that appeared in the list they subsequently studied. This reverses more usual priming procedures where people are exposed to a group of words that later appears in a list they are asked to recall.
Imagine the implications for students taking an exam if Bem’s claim that studying material after being tested on it could retroactively improve one’s performance is true. They would be advised to carefully study the material after sitting the exam, focusing on finding answers to the questions they had just seen. One could test this experimentally by having participants sit a test they have not prepared for, and then providing half the participants with answers to the questions and asking them to study them carefully. The control group could be asked to study unrelated material. If the precognition hypothesis is true, the participants who study the answers after the test would be expected to do better.
Bem actually introduces the concept of retroactive facilitation of recall by quoting the White Queen from Through the Looking Glass, who notes that people in her country can recall the future as well as the past. After reviewing the results of his nine studies he again quotes the White Queen’s famous statement about believing “impossible things before breakfast”. 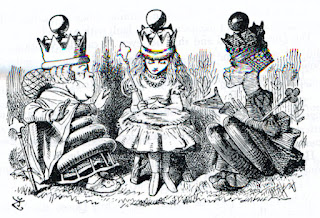 Lewis Carroll anticipated Daryl Bem by over a century. Was this precognition?
Bem claimed that the retroactive facilitation of recall experiments produced the largest effects of all the studies he ran and would therefore be the easiest to replicate. Two papers (Galak, LeBoeuf, Nelson, & Simmons, 2012; Ritchie, Wiseman, & French, 2012) have since been published reporting attempts to replicate these experiments. Together these two papers report the results of 10 separate experiments using Bem’s methods with a much larger combined sample. Only one of the ten experiments produced a significant result, although the authors (Galak, et al., 2012) report that when the results of their seven experiments were combined the overall effect size was close to zero. Additionally, Galak et al. performed a meta-analysis of all known published and unpublished attempts (comprising over 4,000 participants) to replicate Bem’s retroactive facilitation of recall studies. The overall average effect size was not significantly different from zero. Interestingly, studies conducted by experimenters who expected to get significant results did have a significant effect size, whereas those conducted by experimenters who did not expect to get significant results did not. Parapsychologists are familiar with this tendency for experimental results to match the biases of the experimenter and refer to it as the “experimenter effect” (Alcock, 1987). Amazingly, some parapsychologists actually claim this is due to a paranormal influence of the experimenter on the results! Furthermore, the effects reported by Bem were significantly larger than in any of the replication studies. Perhaps Bem has more paranormal power than other researchers? Ritchie et al. (2012) concluded from their failure to replicate that Bem’s findings were most likely due to methodological artefacts rather than a real paranormal effect. Referring to Bem’s allusion to Alice in Wonderland they suggested that psychologists do not “venture too far down the rabbit hole just yet.”
Methodological artefacts that might have favourably biased Bem’s results have been carefully examined in detail here. I won’t go into detail about these, but will briefly note that there are signs that Bem may have massaged his data to make the results appear more favourable. For example, in more than one of the reported studies he changed the procedure mid-course without providing an adequate explanation for doing so. Normally, a change of procedure would be reported as a separate study. So it appears that Bem may have combined the results of initially separate studies after examining the data in order to present a statistically significant result. This falls short of outright faking of data but also falls short of rigorous and disciplined scientific investigation. An independent statistical analysis of Bem’s results found that the number of significant results he achieved was “abnormally high” considering the small size of the effects found (Francis, 2012). The author argued that Bem’s results have been selectively reported (that is, non-significant findings appear to have gone unreported) and therefore we cannot draw any scientifically useful conclusions from his paper. Francis concluded that the standards and practices of experimental psychology need to be raised to prevent misleading and biased findings from being published.
The pattern that emerges here has been a common one in the history of parapsychology. A researcher publishes what appear to be revolutionary findings that if true would require that our current understanding of the universe be altered. Hardnosed scientists are understandably reluctant to revise well accepted notions about reality, so attempts at replication of the results are demanded, and these attempts invariably fail. Bem’s paper is not the first one making paranormal claims to be published in a prestigious journal. In 1974, physicists Targ and Puthoff published research evidence for remote viewing, the ability to observe events at a distance by non-sensory means, in Nature. However, this research was later discredited when independent researchers were unable to replicate it and found serious flaws in the remote viewing procedure that could account for the results (Alcock, 1987). In fact, over century of research in parapsychology has failed to produce any findings that could be replicated by independent experimenters under stringent conditions (Alcock, 1987).
It is reasonable to ask then, why would serious researchers, including someone as respected as Daryl Bem, continue to investigate a field that has failed to demonstrate that any of the phenomena it studies actually exist? Alcock (1987) argued that parapsychology is not just about a search for something that is currently unknown to science; it is fundamentally a quest to validate the existence of the human soul. That is, parapsychology represents a deep view of reality that is at odds with that of mainstream science.
The evidence for this claim and its implications are discussed in part 2 of this article.

This article also appears on Psychology Today on my blog Unique - Like Everybody Else.

Posted by Scott McGreal at 6:08 PM