Medical researchers have long known that placebo treatments can produce real effects, such as pain relief. Personality traits are also known to influence a person’s response to treatments for certain conditions. A recent study has found that personality traits appear to influence how strongly a person responds to a placebo treatment for pain. Personality traits associated with self-control and the regulation of anger in particular were associated with greater pain relief. This raises the possibility that improving a person’s self-control and ability to manage anger could also improve their ability to control pain. 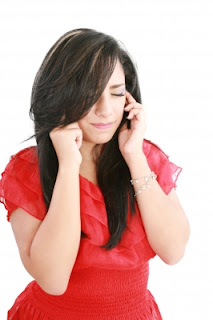 In this study, volunteers received a series of four injections while receiving PET scans to monitor brain activity (Peciña et al., 2012). Two of the injections were designed to be painless and the other two were intended to be quite painful. Participants were not told in advance which injection they would receive so as not to bias their expectations. After receiving one of the painful injections they were administered a substance that they were told would relieve the pain but which was actually an inert saline solution with no analgesic properties. This placebo treatment produced a significant reduction in pain. Pain was rated both subjectively (by self-ratings of pain intensity) and objectively (changes in opioid receptor function observed through PET scans). Pain relief tended to be stronger in participants who rated themselves higher in the personality traits of ego resiliency and agreeableness and lower in neuroticism. Agreeableness and neuroticism each consist of a number of narrower facets that were also examined. The facets that predicted placebo response most strongly were high altruism and straightforwardness (facets of agreeableness) and low angry hostility (a neuroticism facet that is also related to low agreeableness).

Neuroticism is a trait associated with negative emotionality People high in neuroticism tend to report more physical symptoms and complaints, such as headaches and muscle tension and so on, than less neurotic individuals (Ode & Robinson, 2007). People high in neuroticism cope with pain more poorly than other people probably because they tend to over-react emotionally. There is evidence linking physical pain and negative emotions as neuroimaging studies have found that endogenous opioid activity in a number of brain regions modulate both the experience of physical pain and of negative emotions. Angry hostility was the neuroticism facet that most strongly predicted (poor) placebo response in this study. The authors stated that there is research evidence linking anger to lower opioid receptor system functioning so this result was not surprising (Peciña, et al., 2012).

Agreeableness is an interpersonal trait associated with cooperativeness and concern for others. The authors of the study noted that patients who are highly agreeable tend to have a better relationship with their doctors as they take a frank and collaborative approach. Agreeable patients may therefore respond more readily to treatment, even if the treatment is a placebo. Additionally, agreeableness has been linked to placebo responses to acupuncture. They also noted that PET scans showed that the placebo response (that is, opioid receptor function) occurred in brain regions that respond to observing pain in others, and therefore play a role in empathy. Agreeable people tend to be empathetic to the suffering of others, so this overlap between the brain regions associated with the placebo response and with empathy might help explain the connection with agreeableness, particularly the altruism facet.

Altruism is associated with selflessness and self-sacrifice for the benefit of others. Perhaps people who are self-sacrificing are better able to control pain? Perhaps, being able to suppress pain when needed facilitates self-sacrifice because the pain and inconvenience of foregoing one’s own interests for the benefit of another person becomes easier to bear. Straightforwardness, the other agreeableness facet that predicted the placebo response, is associated with honesty and openness in one’s communication with others. One possible explanation for its connection with the placebo effect is that people who are naturally honest may have been more likely to believe the researcher when they were told they were being given a treatment that would provide pain relief.

Agreeableness is also related to effortful self-control, in particular the ability to control the expression of anger (Ode & Robinson, 2007). As noted previously, anger has been linked to the opioid system, so this may another reason that agreeableness is linked to the placebo effect. Another personality trait linked to both self-control and the placebo effect is ego-resiliency.
Ego-resiliency might be described as flexibility in self-control. That is, a person can inhibit their impulses when required by the situation, and yet also allow him or herself to be spontaneous and uninhibited when this is permitted. That is, the person can adapt their level of self-expression to the demands of the situation. This in contrast to people who are either chronically over-controlled – that is, unable to loosen up when they need to – or under-controlled, unable to restrain their impulses when expected to do so. Ego-resiliency assists a person in adapting to stress and adversity as over-controlled individuals tend to respond in a stiff, repetitive manner, whereas under-controlled people respond in a chaotic and unfocused manner (Letzring, Block, & Funder, 2005). The researchers argue that ego-resiliency is associated with positive emotions and adaptive changes in areas of the brain related to reward and emotional processing. Specifically, there is evidence that this trait may be associated with lower levels of activation of the dopamine system during expectation of reward, and lower levels of dopamine in turn has been associated with greater activation of endogenous opioid receptors during a painful stressor (Peciña, et al., 2012).

The findings that the placebo effect is linked to personality traits associated with self-control, i.e. agreeableness and ego-resiliency, suggests that the placebo effect is influenced by a person’s capacity to regulate how they respond to adverse experiences. Even though the placebo effect would seem to be outside of conscious awareness, it appears that people who have developed the ability to regulate their emotions may also have a greater ability to regulate pain. This might be because the brain regions that modulate responses to pain (the opioid receptor systems) also are involved in regulating negative emotions. Additionally, it could be the case that people with greater self-control may take an attitude of active engagement to treatment, even placebo treatment, as opposed to passively waiting to see what happens. As a consequence they might respond more effectively. Emotional regulation is a trainable skill. That is, psychologists can teach people strategies to regulate how they experience and express their emotions to cope more effectively with stress. Psychologists already teach anxiety management strategies to people with chronic pain. It seems possible that training in emotional regulation, such as anger management, could actually effect changes in the opioid receptor system, resulting in a stronger placebo effect. This might have implications for how people manage pain. Future research, such as PET studies could determine whether training could have such an effect on the brain and whether this assists in coping with pain.

Posted by Scott McGreal at 9:34 PM