What personality features do heroes and psychopaths have in common?

A recent research paper attempts to answer the question: “Are psychopaths and heroes twigs off the same branch?” Psychopathy is usually thought of as one of the most malevolent manifestations of a disturbed personality structure as it is associated with selfishness, callousness, and lack of concern for others. In spite of this, in recent times people have begun to look for a positive face to psychopathy, or at the very least, to some of its component traits.  The evidence for this is rather mixed, but there does seem to be a connection of sorts between at least some traits and behavior loosely associated with psychopathy and heroic actions that help others. Bold, fearless traits are associated with heroic behavior, but callous traits such as meanness and coldness are not. More puzzling is that people with a history of antisocial behavior are more likely to engage in heroic acts to help others. 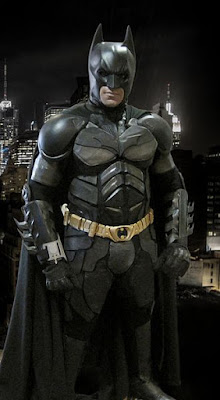 Some heroes have a distinctly dark side

Psychopathy is composed of a cluster of several different component traits that interact with each other to produce a disturbing whole. According to the triarchic model, psychopathy comprises a combination of three main traits: boldness, meanness, and disinhibition (Patrick, Fowles, & Krueger, 2009). Boldness involves the capacity to remain calm in threatening situations, and is associated with being socially self-assured and assertive. Disinhibition refers to problems with impulse control and a tendency to act without thinking about the consequences. Meanness involves aggressively seeking to have one’s own way, and is associated with callousness, and lack of remorse or empathy. Individuals can express each of these traits to varying degrees, and so there may be different subtypes of psychopathy emphasising particular combinations of these traits. For example, some people described as psychopathic might show extreme meanness but not be especially disinhibited, and vice versa.

Although psychopathy is generally considered maladaptive, there has been some speculation that there might be subtypes of psychopathy that might allow a person to be successful in society. It has even been suggested that some psychopathic traits might even have socially desirable consequences in some circumstances. For example, according to one theory, one of the developmental precursors of psychopathy is a fearless temperament. Children with a fearless temperament are difficult to socialise effectively because they do not respond well to punishment, hence they may have little concern with the negative consequences of disregarding society’s rules. However, people with a fearless temperament may also be very brave in the face of danger, and given the right circumstances, might be more ready than others to perform heroic acts involving personal risk for the benefit of others. Hence, some have speculated that “psychopaths and heroes are twigs from the same branch” (Smith, Lilienfeld, Coffey, & Dabbs, 2013). Fearlessness is thought to underlie both boldness and meanness, and it has been argued that boldness is a relatively pure form of fearlessness, whereas meanness may result from a failure of proper socialization in fearless children (Patrick, et al., 2009). 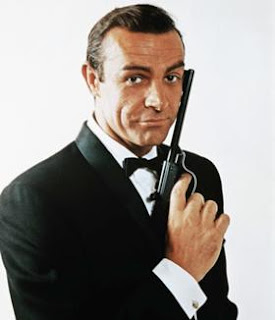 Fictional hero James Bond serves his country loyally, yet has the markings of a classic psychopath

A 2013 study examined whether psychopathic traits were related to a propensity to perform heroic acts, defined as altruistic behavior that involves some degree of risk to the actor (Smith, et al., 2013). In particular, the researchers wanted to test whether a trait referred to as ‘fearless dominance’, which they argue represents a form of ‘successful psychopathy’ and which is closely related to boldness, would be more closely related to heroic behavior than other psychopathic traits related to disinhibition and meanness. In a series of three surveys,[1] the authors correlated a number of measures of psychopathic and antisocial traits with measures assessing the extent to which a person had performed actions involving risk (either physical or social) to help another person, and how often they had helped strangers (which the authors argued usually involves risk). The results were somewhat inconsistent, but overall they found that traits related to fearless dominance and boldness, such as social potency (self-assurance in dealing with other people) and fearlessness had modest positive correlations with heroic actions. Disinhibition-related traits showed mixed results, with some traits such as ‘impulsive non-conformity’ showing modest positive correlations, and other traits such as ‘carefree nonplanfulness’ showing modest negative correlations with heroic actions. Traits related to meanness, such as ‘coldheartedness’, showed small to moderate negative correlations with heroism. Perhaps surprisingly, measures of antisocial behavior and delinquency generally showed moderate positive correlations with heroism measures, and some of these correlations were among the largest in all three surveys.

What sort of antisocial behavior exactly is most correlated with heroic behavior is not specified by the Smith et al. study and this might be important. Aggressive antisocial behavior in general can be either proactive (e.g. premeditated actions that harm others for personal gain) or reactive (e.g. retaliation in response to provocation). Prior research has found that proactive aggression is more strongly related to meanness (e.g. callous unemotional traits) than is reactive aggression. People who engage in heroic behavior to help others might be more likely to have a history of reactive rather than proactive aggression, since they do not seem to be particularly mean.

Another possible issue is that measures used in the Smith et al. study assessed lifetime occurrences of both antisocial and heroic behavior. It is possible that people who perform heroic actions might go through a developmental phase involving some antisocial behavior which they later mature out of. Hence, they might be of a different type than people who persist in antisocial activities throughout much of their adult lives. The latter pattern of chronic antisocial behavior seems more characteristic of the prototypical psychopath who does not seem to learn from his or her mistakes. The reason I suggest this is because of a recent study which seems to suggest that people who had received an award for exceptional bravery, risking their own lives to save others, seemed to have achieved a more mature level of personal development compared to ordinary community members (Dunlop & Walker, 2013). In this study, participants were assessed on interpersonal traits and personal strivings. Additionally, they were interviewed about their life story and were asked to describe critical incidents occurring at particular phases of their lives. Their responses were then analysed for the presence of key themes. Compared to a community control group, bravery award recipients were higher in interpersonal dominance, showed greater strivings for personal growth and identity development, and had a more sophisticated level of social awareness and understanding. Additionally, their life story interviews were characterised by more frequent themes of agency, redemption, and early advantage. Agency refers to a sense of personal effectiveness. Redemption themes involve life stories in which an initially bad event or circumstance leads to something demonstrably good or emotionally positive. Early advantage refers to quality of attachments, childhood sensitivity to the needs of others, and the frequency of helpers relative to enemies.

What this personality profile suggests to me is that brave heroes in this study were interpersonally bold, felt effective in their lives, and probably felt emotionally secure during their upbringing. Additionally, they appear to have experienced instances of personal adversity which later led to positive changes in their lives. They seem to have a capacity to reflect on and learn from their life experiences, even adverse ones. Unfortunately, the study did not assess to what extent they had ever engaged in antisocial behavior. I am inclined to speculate that linkages between antisocial behavior and heroic actions might particularly be found in these types of mature individuals who are interpersonally bold and who have developed a positive life story characterised by themes of agency and redemption. Hence, they might have been involved in antisocial behavior at an early stage in their life, learned from their mistakes, and then moved on to more mature socially responsible forms of bravery. Future research studies could investigate how accurate these speculations are through more detailed assessments of the life history of people who have engaged in heroic behavior compared to less brave individuals.

In summary, there may well be a loose connection between heroes and psychopaths in that they may share some tendencies but not others. In order to be a hero, it probably helps to be fearless and perhaps even a little reckless and impulsive. Perhaps a history of getting into trouble contributes in some way to the development of heroism in the right people. However, unlike hard-core psychopaths, people who become heroes are not as mean, callous or cold. Additionally, it is possible that people who become heroes may have a more mature level of personality development that allows them to contribute positively to society, something that hard-core psychopaths appear to be lacking.


Related blog posts
The following pair of articles challenge Zimbardo's contention that heroism and evil are equally "banal".
Are Heroes and Villains just Victims of Circumstance?
Heroes and Villains: the Contradictions within Situationism

This article also appears on Psychology Today on my blog Unique - Like Everybody Else.
Sean Connery as James Bond from Wikia